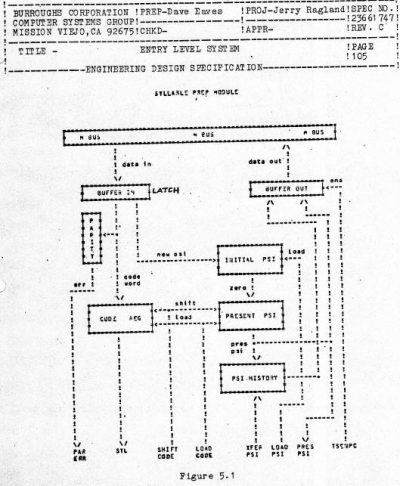 I decided it was time to celebrate. My team had done what many had thought was impossible; deliver an entirely new architecture in two years, and under great deadline pressure with limited resources. I went to Erv and said I wanted to throw a party. Now I knew one of his favorite restaurants was the El Adobe in San Juan Capistrano, so I pitched it. He gave me a serious look; they had never spent money on a design completion celebration. I told him I had already looked at the cost, and we could keep it reasonable, people could buy their own drinks. He smiled and approved it. We had a great party, software, hardware, and manufacturing people who worked on the team to make the B5900 happen. When Erv arrived he saw the bar setup, and people coming up to pay for drinks. On the spot he came up to me and said “What’s the matter with you Allweiss? This is a celebration, open the bar!” So we had an open bar, but I restricted it to one hour. It was a great night of dinner, music, and dancing. Everyone had a great time. At the end, Jerry Ragland stood up and thanked me for the party and I told him to thank Erv Hauck. Everyone laughed! He gave me a plaque that had a picture of the B5900 and an inscription “Father of the B5900”. That plaque still hangs in my office today.

In February 1981, Arnold Spielberg came to my office. He was liaison to Corporate Engineering and Marketing. He said, “Jack, in about three months Burroughs will be exhibiting at the National Computer Conference (NCC) in Chicago. They were going to put a B3800 on display, but now they want a B5900, can we do it?” The problem was we had just started production, and there were very few machines and lots of orders. I went to manufacturing and asked if they could do it. After some phone calls and arm twisting, we got a machine for the show. It was shipped and installed, but field engineering had not been trained on it yet, so I traveled to Chicago with Arnold and one of my engineers and we made sure the machine was installed and working properly. We had a great time and sales and marketing were very happy.