I started my work career with my father and uncle, working for them at their auto service shop.

My first job outside my family business was for WJLB Radio. I worked in radio and television, for four years, from 16 years old until I was 20.

At Wayne State University I was first engineering director, and finally radio station general manager for WAYN, the campus radio station. During my tenure was the first time the station actually sold advertising, and was able to fund expansion itself. Key to this was organizing a new sales and marketing operation, and a computer based “traffic and billing” system.

I worked as a summer intern at Burroughs Corporations Plymouth Michigan plan prior to leaving Michigan to attend MIT. I developed a simple user programming language for the Burroughs “L” series computerized accounting machines, which until that time only supported preprogrammed applications.

At MIT I minored in business, and as part of a marketing capstone class my partner and I developed a marketing plan which was later used by a UK company to successfully enter the “Dart” market in the US. I also worked at Lincoln Labs for the US Air Force. 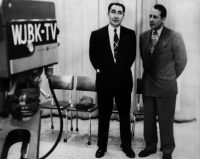 At Burroughs I started as an engineer, but quickly was promoted into management, first as a matrix manager for the B6900 computer system, then Hardware Section and finally Department Manager for the B5900 medium system. I helped define the product line that eventually became the Unisys “A” Series, which is one of only three mainframe architectures to survive into the 21st century.

I helped launch a computer test equipment company, HiLevel Technology as Vice President of Sales, Marketing, and Operations. The company was later sold to Fluke Instruments. 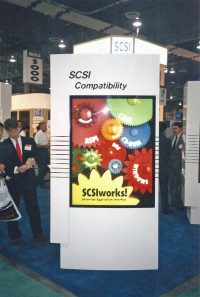 I was an Orange County Inc. Magazine Entrepreneur of the Year Semi-finalist and Finalist in 1991 and 1993.