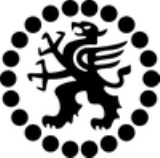 Midland Bank UK had been a Burroughs customer for a very long time, since the original B5500. They liked Burroughs equipment, as did many banks, for its ease of use, performance, security, and accuracy. Midland like many banks was organized around the large central Information Technology center. Because of this they continued to buy bigger and bigger mainframes. They ordered B6700’s when they were available, and B7700’s, and B7800’s when they became available. However, a new trend in computing was in motion. Banks began to decentralize processing, instead of one large data center, they wanted several data centers, connected by high speed data links. Midland would still have the large central data center, but they wanted fifteen smaller processing centers around the country.

Midlands went to Burroughs for a proposal. Based on the processing and cost requirements, Burroughs proposed the B7800 for the central system, and thirty B3800 (two per) for the fifteen satellite centers. Midlands rejected the bid. They wanted all the machines to be software compatible. Midland had written a lot of programs for their B5000/6000/7000 machines over the years, and they wanted them to work at every center. First Burroughs proposed to help Midland convert some of the software to work on the medium systems, but Midlands would not hear of it. IBM offered code compatibility in there new IBM 370 series, and they were telling all DP managers that what ever vendor they chose should be able to do the same. Burroughs could not, or could they?

Sales and Marketing were at there wit’s end. They came to Mission Viejo. The B6900 was too expensive to meet the Midland requirements for the satellite data centers. Could Mission somehow reduce the cost? I was called into a meeting with the VP of Sales and Marketing, Bob Merrell, and Bob Johnson, VP of Corporate Development, I presented the B5900. The people from Headquarters were stunned; it was exactly what they needed for Midland. It met Midland’s cost and performance requirements, and most importantly it was code compatible with the B7700 and B6800’s they already owned, and the new B7800 they were installing. The question was schedule; Midlands needed the machine in nine months. How soon could I deliver? I told them we had a breadboard that was functional at the hardware level but did not have the budget to complete the project. The VP of Sales told me, “young man, as of today you have whatever budget you need, just ask”. Now Bob Merrill and Erv tempered that statement, but basically said the same thing. Now, the B5900 was going mainstream. I began reworking the schedule based on having all the resources needed. It looked like we could complete the project in 9 months, or the third quarter of 1980. That schedule worked for Midland. One of the keys to meeting the schedule was to begin development of the final prototype (the machine using etched circuit boards instead of wire wrap) right now, before the firmware was tested and the computer was fully operational. The risk was that some major design changes would not be caught requiring extensive rework of the prototype. The reward was we would have an actual implementation of the CPU, not a breadboard. I requested five more engineers, effectively doubling our staff from five to ten. The big growth however was on the software side. The software department, while supporting the B5900 and E-mode, were skeptical, and like most software departments, they had more on their plate than they could handle.

Now we had a much bigger crew, both on the hardware and software side. How do get them all working together? Have an offsite design review. By now I had a reputation for pulling off some nice offsite reviews, Jerry Ragland and others said they would really like a trip to San Diego, so I convinced Erv that we should have a design review at the Catamaran hotel in San Diego on the bay. He rolled his eyes and said OK, I guess the die was cast! The engineers from software, hardware, and the memory system plan in New Jersey all headed down to San Diego for two days of engineering and bonding. By the time we got back everyone was ready for the final push to get the B5900 done!