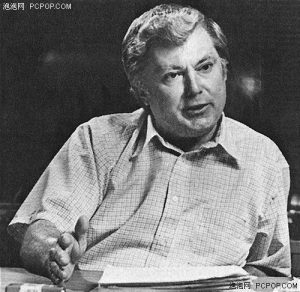 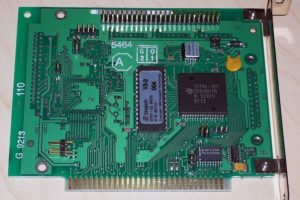 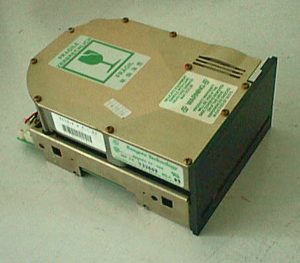 Seagate Technology was the largest disk drive manufacturer in the world, outside of IBM. I had done interfaces for Seagate before, but now they had a new project. I got a call from Al Shugart, the legendary founder of Seagate. Shugart wanted a very low cost, single chip IBM to PC SCSI interface for a new SCSI disk drive family, but he wanted to offer it as a subsystem. However the new Seagate CEO, Tom Mitchell was against the project since Seagate supplied other subsystem manufacturers. Mitchell did not want Seagate to manufacture the host adapter. Seagate did not want to be perceived as competing directly with their customers. Al and Tom compromised; their proposal to me was that they were willing to bankroll the design if I was willing to manufacture it under my own company name. I took them up on the offer. I would offer the product under the Future Domain name and begin to wind down the consulting projects.

We designed the Seagate ST01 host adapter in 1985. The foundry for the chip was Texas Instruments (TI) which manufactured many chips for Seagate. We did the BIOS and custom software for Seagate. They began selling the adapter in 1986. Our first product for sale under the Future Domain name was the TMC-820 which was a discrete implementation of the SCSI adapter we were designing for Seagate. We began packaging and selling it that year, 1985. At first sales were slow. The single chip version was designed by us but manufactured by Seagate and for the first year they alone could sell it, however it was known in the industry that the ST01 and the TMC-820 were 100% compatible. A year later in 1986 we introduced the higher performance TMC-830 based on the Seagate chip but with additional logic, it was not an single custom LSI chip. In 1987 we had the right to use the chip we designed for Seagate, we called it the TMC-840, and in that year it replaced the TMC-820 as our low end offering. By 1988 virtually every disk manufacturer was using the TMC-840 or TMC-830, however the extra performance of the TMC-830 made it the most popular except for the most cost conscious customers.

There were some hiccups along the way. I had decided to change the company from a service firm to a product firm in 1986. To do this it was clear to me we had to make a break from consulting. I had seen other consulting companies that began manufacturing a product, but continued consulting, and none were successful. The mindset of manufacturers is different than that of service firms. Either you are one or the other; it is difficult to be both. Even today you can see this as a huge company like IBM struggles with its culture, as services end up being more and more of the revenue and profit of IBM, they continue to shed manufacturing operations, the most spectacular examples being the PC business and disk drive business, both businesses they pioneered. The mindset of IBM has changed from manufacturer to service firm, I was going the other way, changing from a service firm to manufacturer. Being small I needed to do that quickly since we were small and had limited resources, we could not afford to drag the transition out.

As consulting projects ending I had Al transfer the engineers to work on our product. Unfortunately, many of our engineers joined us specifically because we were a consulting firm, offering a variety of different projects and products to work on. Now they were being asked to concentrate on a single product area. Some were required to do support engineering, which as a consulting company we rarely did, the customer usually did support. So, as a result I lost about half our staff. While I hated to see some of these engineers leave it turned out that it helped the company. As I mentioned, product sales did not meet my early expectations, in fact they were horrible. Seagate was late to market with their SCSI disk drive products, and the rest of the disk drive industry were also late with SCSI disk drives, so there was no need to buy Future Domain adapters. Revenue from products was meager, and since I was not selling new consulting contracts our consulting revenue dropped in half. Things became desperate. Even with the engineers who left, we were still having trouble meeting payroll.

I had stopped taking a salary and Patty, who was doing the accounting, also did not take any pay. We were able to do this because the year before a law suit with a former employer, HiLevel Technology, was settled and I was paid a lump sum for my stock. That had gone into our savings, and now we were living off of it. I talked to Patty and Al about the situation, maybe we should go back to consulting, but they both were supportive. Let’s stay the course, new SCSI products would be hitting the market soon, sales should improve. I was still worried. I went to talk to my friend Wayne King, I asked if he had any engineering work to be done, and luckily, they had several orders for new microprocessor emulators for microprocessors reaching the market just then. He agreed to take on Al, Bob Olson, and our technician Rolando at the time to help him get caught up. It was not a consulting contract, he just agreed to meet the payroll. About four months later the new SCSI disk products began to hit the market, and Future Domain products began to sell. I told Wayne and he had my guys finish up the projects they were working on over the next few weeks and they were back at Future Domain again, just in time to work on a backlog of product updates.

Our first product customer was Seagate, but after their product was on the market I approached other disk drive manufacturers who were building or developing SCSI disk drives. What about bundling, or at least offering a proven SCSI adapter with their product? Micropolis and Maxtor Corporations were smaller than Seagate, but owned the niche of high capacity disk drives. I talked with them, and they were interested. However, they were insistent that we support the UNIX operating system on the PC, not just MS-DOS.

At that time, the dominant UNIX software vendor on the PC was a company called the Santa Cruz Operation, or SCO. I approached them about supporting Future Domain’s (and Seagate’s) adapter in the operating system, but they were not willing to invest the resources. OK, what if Future Domain writes the driver, would they include it in their build of UNIX, they said no, but they would endorse and recommend it. I did not have anyone with UNIX experience at the time, but my friend and fellow MIT graduate George White had just established a company called Corollary which built hardware for the UNIX market. I called him, can his engineers write a driver for us? It just so happened that his engineers were looking for a SCSI chip and ours would fit the bill. So we worked out a deal, my engineers would help them interface the SCSI chip, they would write a driver.

Having the UNIX driver sealed the business with Maxtor and Micropolis in 1986. By the start of 1986 our customers also included Bendix, GBT, SyQuest, Seagate, Iomega, CMS, and Amcodyne.